Syzygium cumini, also called Jambolan, Jambul, Java Plum, Jamun, and Indian Wax Apple, is an evergreen tree native to the tropical regions of India and Southeast Asia. It shares the same genus with Clove (Syzygium aromaticum), and belongs to the Myrtaceae family along with Tea Tree (Melaleuca spp.) and Eucalyptus (Eucalyptus globulus). The tree is considered fast growing, and reach its full size up to 100 feet tall in just 40 years. It has fragrant leaves and flowers, and the fruits are widely used as a food and medicine. It is a hardy tree, withstanding floods while also being drought tolerant, and can produce so much fruit that it litters the ground around it.
Jambolan has a rich history of use in India. Jambolan is considered sacred to the Hindu god Krishna, and is commonly planted near Hindu temples. The leaves and fruits are offered to the elephant-headed Lord Ganesha during worship. Energetically, Jambolan is thought to be astringent, drying, cooling, and sweet. Constitutionally, it is thought to pacify the kapha and pitta doshas.

What is Jambolan Used For?

The Jambolan tree has a wealth of versatility in its use, including food, medicine, and timber. Each part of the tree is used for its astringency, including the fruit, seed, bark, and leaves. The seed has been used in Ayurvedic medicine to support a healthy glycemic response, and modern research has found that the consumption of Jambolan seed supports blood sugar levels within normal ranges and supports healthy liver function.

The Jambolan berry is used in many different ways. It can be eaten raw if the astringency is tolerable, and was a classic convalescent food. The fruits are fragile, and as such jams are a popular preparation. A juice from the fruit can be used in various recipes, such as sherberts, syrups, and tarts. A fruit juice of Jambolan is fermented into wine, brandy, and even vinegar in Goa & the Phillipines. 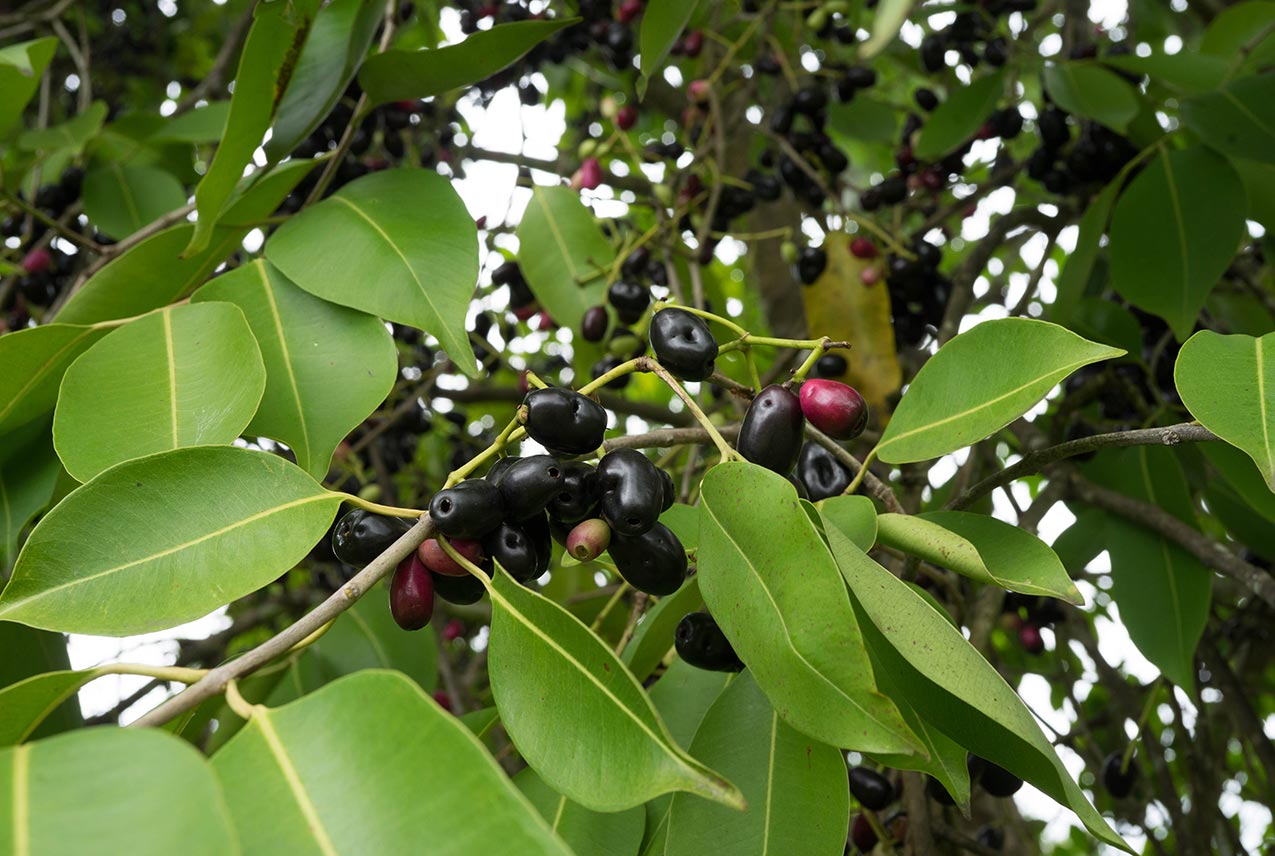 Additional Information on this Herb

Not for use during pregnancy or lactation. If you have a medical condition or take pharmaceutical drugs please consult your doctor prior to use.

This information in our Herbal Reference Guide is intended only as a general reference for further exploration, and is not a replacement for professional health advice. This content does not provide dosage information, format recommendations, toxicity levels, or possible interactions with prescription drugs. Accordingly, this information should be used only under the direct supervision of a qualified health practitioner such as a naturopathic physician.

Our Herbal Reference Guide lets you enhance your relationship with herbs by giving you a comprehensive profile of each plant.

We're sorry, there were no result found for Popular Herbs.